Price history for
The Struggle for Development 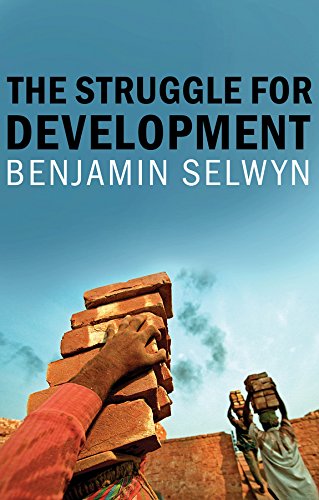 The world economy is expanding rapidly despite chronic economic crises. Yet the majority of the world's population live in poverty. Why are wealth and poverty two sides of the coin of capitalist development? What can be done to overcome this destructive dynamic?

In this hard-hitting analysis Benjamin Selwyn shows how capitalism generates widespread poverty, gender discrimination and environmental destruction. He debunks the World Bank's dollar-a-day methodology for calculating poverty, arguing that the proliferation of global supply chains is based on the labour of impoverished women workers and environmental ruin. Development theories – from neoliberal to statist and Marxist – are revealed as justifying and promoting labouring class exploitation despite their pro-poor rhetoric. Selwyn also offers an alternative in the form of labour-led development, which shows how collective actions by labouring classes – whether South African shack-dwellers and miners, East Asian and Indian Industrial workers, or Latin American landless labourers and unemployed workers – can and do generate new forms of human development. This labour-led struggle for development can empower even the poorest nations to overcome many of the obstacles that block their way to more prosperous and equitable lives.