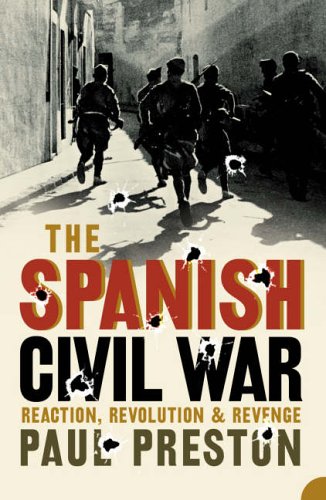 How long can you wait? Two days? Buy now. Two months? Track the price and see what happens.

UPDATED EDITIONA rousing and full-blooded account of the Spanish Civil War and the rise to prominence of General Franco. No modern conflict has inflamed the passions of both civilians and intellectuals as much as the Spanish Civil War of 1936-39. Burned into our collective historical consciousness, it not only prefigured the imminent Second World War but also ushered in a new and horrific form of warfare that would come to define the twentieth century., At the same time it echoed the revolutionary aspirations of millions of Europeans and Americans after the painful years of the Great Depression. In this authoritative history, Paul Preston vividly recounts the political ideals and military horrors of the Spanish Civil War - including the controversial bombing of Guernica - and tracks the emergence of General Franco's brutal but extraordinarily durable fascist dictatorship.
Category Hierarchy